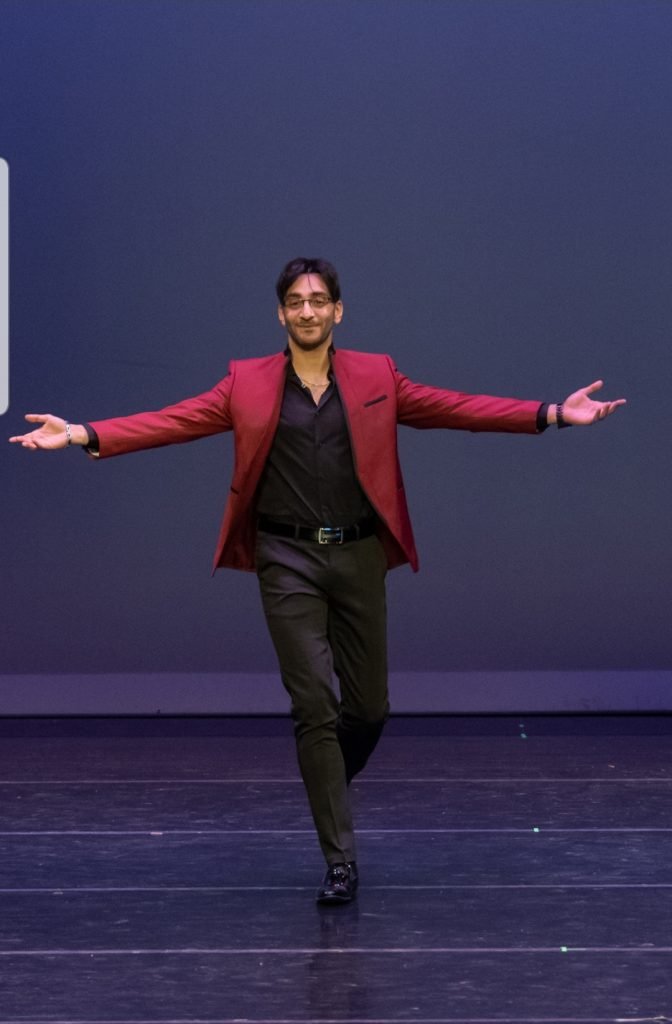 Rafik Hegab is the Artistic Director and Choreographer for Virginia National Ballet, where he has been leading the company since 2013.  He was recently voted Best Choreographer and Dance Instructor in Inside Nova’s Best of Prince William 2022, and he won the 2019 Seefeldt Award for Outstanding Individual Artist.  He is a prolific choreographer who creates at least one original World Premiere each season. Mr. Hegab has choreographed the following world premieres for Virginia National Ballet:  Aida, Aladdin, Bohemian Rhapsody, Bolero, Carmina Burana, Carmen, Cinderella, Collection, For those we lost, La Boheme, Life in the Fast Lane, Tango Nights, The Beatles, Snow White,  and he choreographed and restaged The Nutcracker and acts from Swan Lake, Le Corsaire, and Giselle.  He was also a guest choreographer for the Regional Emmy Award Winning production of  “The Circle of Life:  The Music of Time Rice” at the Music Center at Strathmore by Young Artists of America, which was televised on PBS.  His work has been performed at the International Ballet Festival in Managua, Nicaragua, and he is in demand as a choreographer for students needing original choreography for YAGP, etc.  He was a 2017 and 2018 Finalist in the Seefeldt Awards for Outstanding Individual Artist, and his work has received great reviews on Broadwayworld.com, DCMetroTheatreArts.com, Inside NOVA, Bull Run Observer, and more.  His former students have gone on to dance with the Milwaukee Ballet, Ballet San Antonio, Gelsey Kirkland Ballet, and the Stara Opera Zagora Ballet in Bulgaria.  Originally from Egypt, he received his Diploma from the Higher Institute of Ballet in 2000, and his Bachelor Degree in Dance Pedagogy (Vaganova Syllabus) and Choreography from the Academy of Arts in Cairo in 2009. He joined the Cairo Opera Ballet Company in 1999, won 1st place in the Egyptian National Ballet Competition in 2000, became Soloist in 2002, and was promoted to Principal Dancer in 2004. As a Principal Dancer, Mr. Hegab toured with the company in China, Lebanon, the Czech Republic, Jordan, Turkey, Germany, Italy, Austria, Spain, India, Greece, and Russia. He danced the Matador in Don Quixote with Julio Bocca, John in Zorba the Greek, Ali in Le Corsaire, Siegfried in Swan Lake, the principal dancer in Carmina Burana, and the Cavalier in The Nutcracker.  He coached award winning ballet dancers who won first place in the Egyptian National Ballet competition. He is fluent in Arabic, Russian, and English. 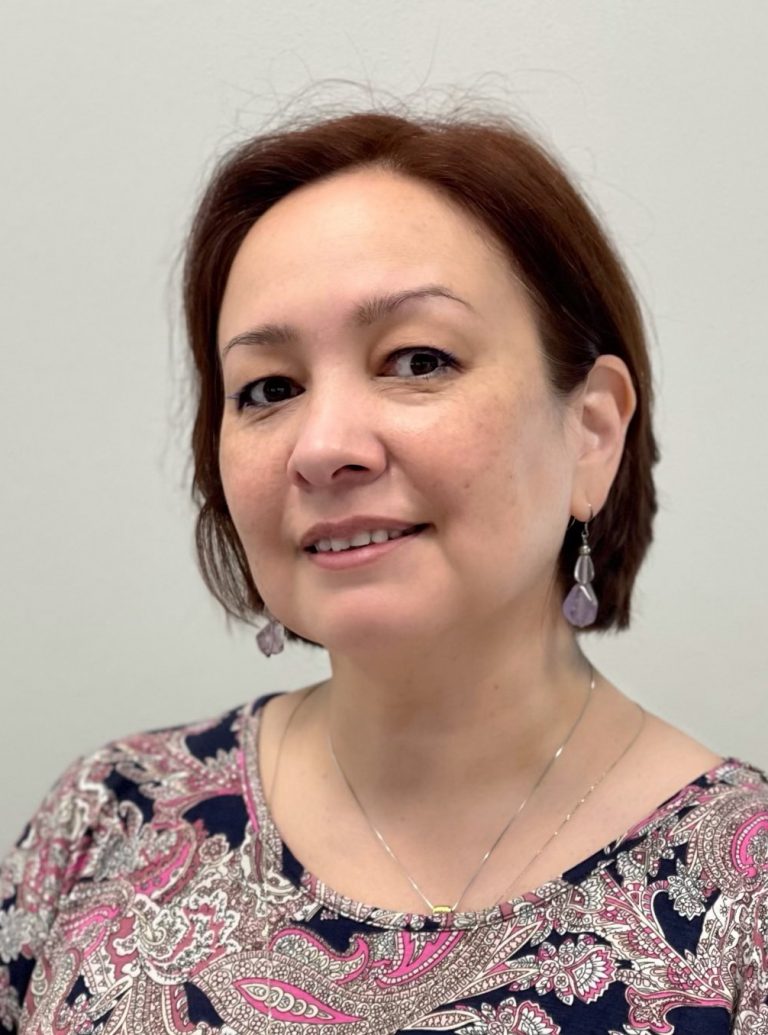 Dina Fadeyeva is pleased to be teaching her second year with VNB in 2022-23.  She was born in Almaty, Kazahkstan and received her training at the acclaimed Almaty State Ballet Academy. Ms. Fadeyeva danced with the Almaty State Theatre of Ballet and Opera from 1985-1989. In 1989, she went to Moscow, Russia to study at the State University of Arts and Theater (GITIS), where she studied under Marina Semynova; she graduated in 1994. From 1993-1996, Ms. Fadeyeva taught at the Moscow Institute of Contemporary Dance as well as being a guest artist with many companies in Moscow. In 1996, Ms. Fadeyeva returned to Almaty State Ballet Academy to continue her career in teaching and taught at the Almaty Institute of Contemporary Dance. In 2000, Ms. Fadeyeva participated in the International Festival of Traditional Dance in Almaty and won the Grand Prix. In addition, many of Ms. Fadeyeva’s students have won prizes in International Ballet Competitions in Moscow, Budapest, Lausanne, and elsewhere. Between the years of 2000-2005, she worked with the National synchronized swim team in Kazakhstan. The programs she choreographed were performed in World Cup in Barcelona, Spain, in Rome, Italy, in South Korea, and at the 2004 Olympic Games, which was held in Athens, Greece. In 2005, she choreographed her own production, “Triumph of Athena” with music by Mahler, for the Almaty State Theatre of Ballet and Opera. That same year, Ms. Fadeyeva accepted a teaching position with the Ballet Royale in Maryland and came to the United States. She has been teaching in the Northern Virginia area since then. 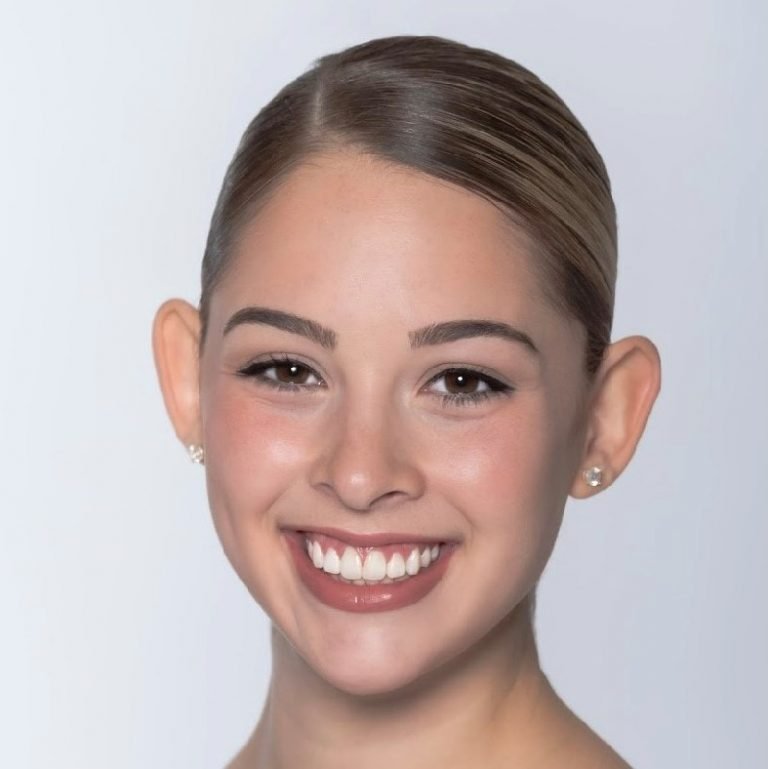 Sydney Gondringer graduated from Mercyhurst University Summa Cum Laude earning a B.F.A. in Dance with a minor in Business Administration in 2022. She has been trained in a variety of dance genres including ballet, modern, contemporary, tap, and musical theatre. Sydney has performed with Ballet Eddy Toussaint, SoMar Dance Works, and The Mercyhurst Dancers as well as appearing in the works of other renowned choreographers Maria Caruso, Kenneth Nickel, and Gina Patterson. She attended summer intensives at Urbanity Dance, Bodiography, Ballet Eddy Toussaint, and has worked with distinguished dance instructors Shura Baryshnikov, Mike Esperanza, Maleek Washington, and Jackie Nowicki. Sydney is certified in the Society of Russian Ballet Distinction Level Pre-Elementary and in Maria Caruso’s Fitness and Strength Training Program.  Sydney is thrilled to be joining Virginia National Ballet in 2022-23! 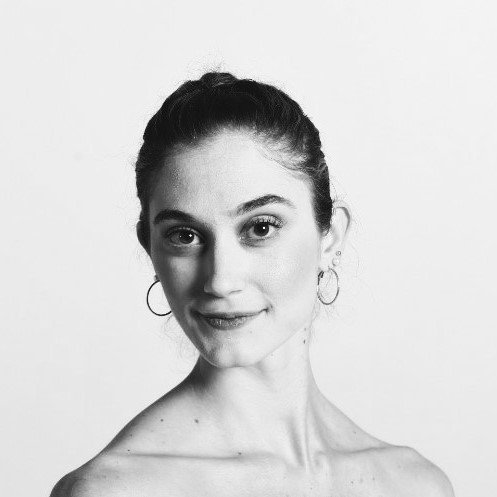 Liliana Watson was born in Dover, Delaware and she started dancing at the age of six at Delaware Dance Academy taking a ballet/tap combo class once a week.  She then studied at the Dance Conservatory, in ballet, tap, jazz, modern, musical theatre, character, and ballroom.  She then studied at the School of Ballet Arizona, and the Denver Academy of Ballet, followed by the Storling Dance Theatre’s Artist Development Program, and the post graduate trainee program called Ballet Melange.  While dancing with several modern companies, Lili also became a certified ballet instructor in the Vaganova Syllabus for levels 1 and 2 and began teaching students of all ages and abilities.  In early 2020, Liliana competed in the Kyiv Grand Prix in Kyiv, Ukraine and received a company contract.  Unfortunately, due to the pandemic she could not go that fall, but she stayed home and collaborated with Maureen Breeze and created a contemporary ensemble that placed in the top 12 at YAGP Denver Regionals 2021, was invited to YAGP Finals 2021, and was featured in a dance film project titled: “Little. Black. Dress.” that was filmed in April of 2021 and was released in October of 2021.  Liliana graduated from Ballet Melange in June of 2021 and moved to Klaipeda, Lithuania joining Klaipeda State Music Theatre.  She was cast in several leading roles right away including Juliet in Romeo and Juliet and a soloist in Edward Clug’s Stabat Mater.   In May of 2022, Liliana competed in the Dance Grand Prix in Madrid, Spain where she won first place in contemporary and second place in classical.  Liliana is dancing this summer with the Capitol Ballet in London.  She is very excited to be joining Virginia National Ballet in 2022-23 for VNB’s 10th Anniversary Season.  She is looking forward to dancing Rafik’s choreography every day and working with all the lovely people in the company. 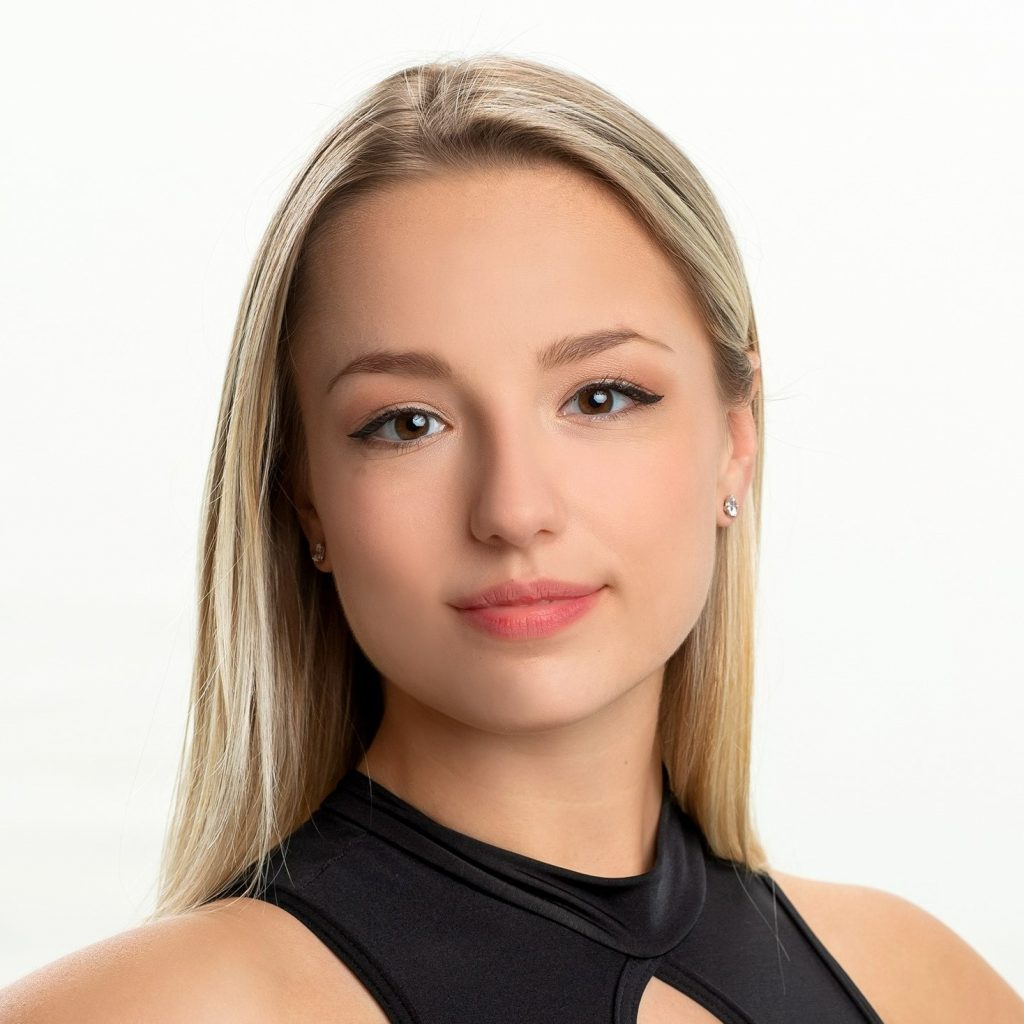 Alexa Glomp is from the Northwest Chicago suburbs and is thrilled to join VNB for her first season. She has been trained in several forms of dance for the last 19 years, but especially loves ballet and modern. Alexa is a 2022 graduate of the University of Missouri Kansas City, with a BFA in performance and choreography. While attending university, she received several scholarships each year including two donor awards. In Kansas City, Alexa performed in the annual Crescendo fundraising concert to raise scholarship money for the students in the UMKC Conservatory. She has performed in astonishing works such as “8 Items or Less” by Tom Gold, “Between Sky and Water” by Jae Man Joo, and “Parallel Lives” by Gary Abbott, and as Queen Titania in David Justin’s “Midsummer Night’s Dream”. Alexa had the opportunity to work with other choreographers including Sean McLeod, Karen Brown, DeeAnna Hiett, Steve Norman, Greg Begley, Judith Svalander, and more. She has received additional training at the Kansas City Ballet, Joffrey Chicago, and A&A Ballet summer intensives. 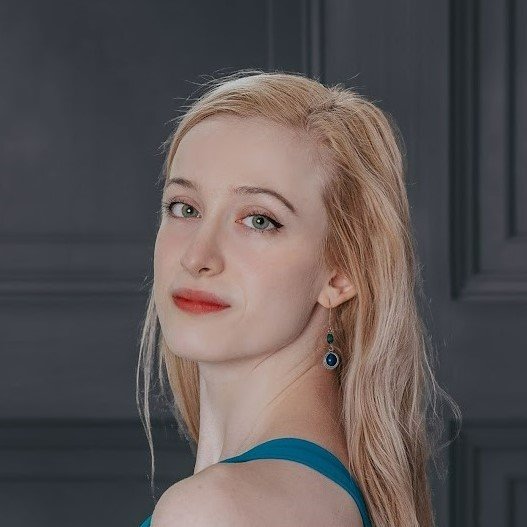 Carissa Puppo.  A native of Greensboro, North Carolina, Carissa has spent the majority of her dancing years training at the University of North Carolina School of the Arts, initially entering their preparatory dance program in 8th grade under the direction of Dayna Fox. By age 12, she had been accepted into UNCSA’s high school program- making her the youngest student to ever enroll there. She continued her dance training there throughout high school and college.  In May 2020, Carissa graduated from UNCSA with a BFA in Ballet. While there, she had the privilege of training under the direction of Susan Jaffe, Jared Redick, Laura Martin, Dayna Fox, Misha Tchoupakov, and Jennette Zerbe. She has performed in a wide variety of pieces including Giselle, Paquita, A Midsummer’s Night Dream, The Groove, Coppélia, Les Sylphides, and the premier of Carmen Terra by Susan Jaffe. After graduation, Carissa began her professional career with Northwest Arkansas Ballet Theatre, where she remained for 2 years.  Carissa has spent several summers training at Charlotte Ballet on full scholarship, in addition to Central Pennsylvania Youth Ballet and Atlanta Ballet. She has also received scholarships from Alonzo King LINES, and recently the Royal Danish Ballet Summer School in Copenhagen, Denmark for the years 2019 and 2022.  She is delighted to be joining Virginia National Ballet for their 22/23 season! 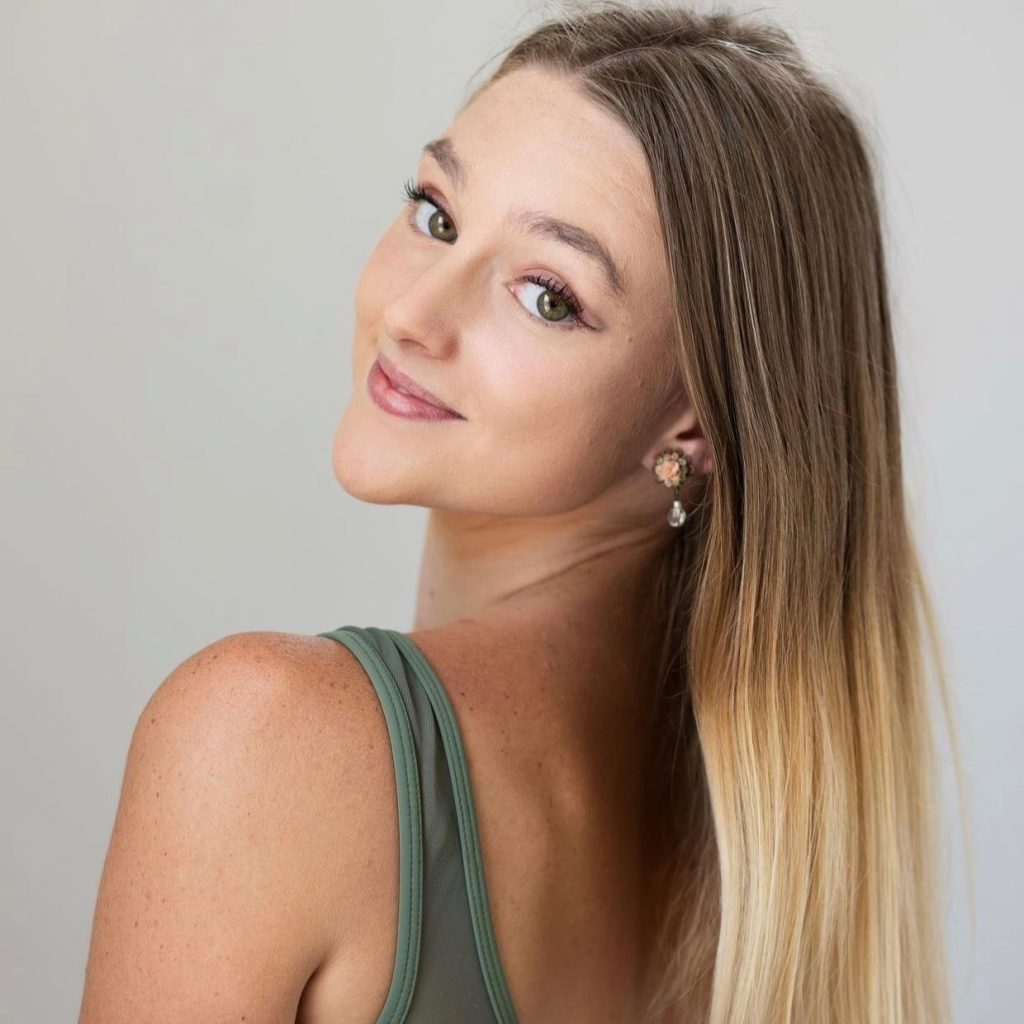 Reagan Raczynski is from Washington DC and received her early training from The Washington School of Ballet and Barbara Sheppard’s Academy of Dance under the direction and instruction of Candace Sheppard, in Ballet, Modern, Tap, Jazz, Lyrical, Musical Theatre, Hip Hop, Contemporary, Character, Flamenco, and Acro .  She received her BFA in Contemporary Dance Performance and a Minor in Psychology, Cum Laude, from Boston Conservatory at Berklee in 2021.  She attended the Dance Masters National Conventions from 2006 to 2019.  She also attended Summer Intensives at The Rock School, The Washington School of Ballet, Sweet Bird Productions, City Ballet San Diego (with scholarship), BalletX, Ate9 and received a scholarship to the Marcat Dance intensive in Seville, Spain in 2020.  She has performed at The Warner Theater, The ARC, The Kennedy Center, Strathmore, and at Boston Conservatory’s Mainstage.  Reagan is thrilled to be joining VNB in 2022-23! 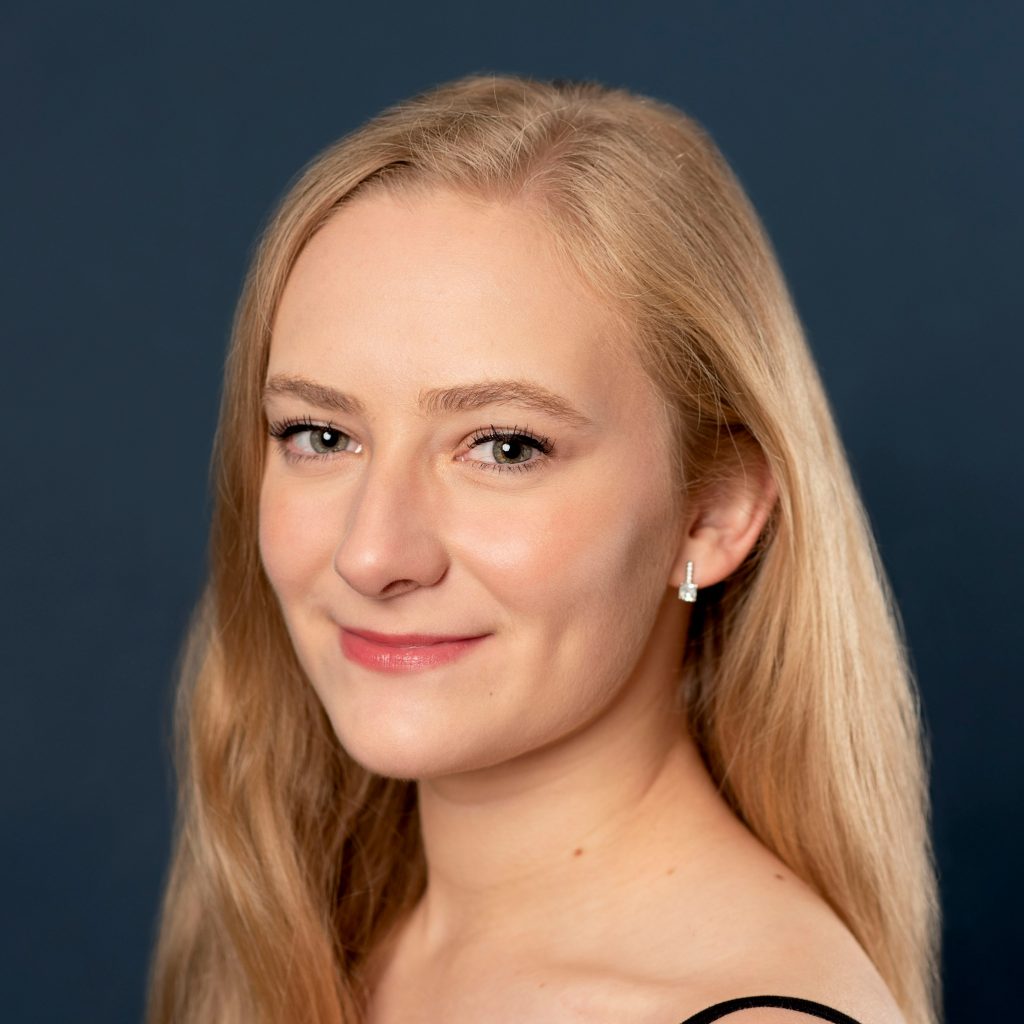 Jessica Schmitt, originally from Wisconsin, spent her youth training at Monona Academy of Dance/Dance Wisconsin, Studio M Dance Academy, and Central Midwest Ballet Academy. In 2019 she joined BalletMet’s Trainee Program. While there, she performed in the program’s productions of Giselle and The Sleeping Beauty. She also performed alongside the professional company in BalletMet’s The Nutcracker. In 2021, she joined United Ballet Theatre as a Trainee, where she had the honor of performing alongside the company in corps roles in Paquita, The Nutcracker, and La Bayadere. She has spent summers training at BalletMet and Oklahoma City Ballet. Throughout her training, she has enjoyed performing numerous corps and soloist roles, including Marie, Pirouette Doll, Spanish, Flower, Demi-Soloist Snowflake and Arabian Attendant in The Nutcracker; a Willi in Giselle; and the Wheat Flower Fairy and a jewel in The Sleeping Beauty;. She has performed original ballets and new works by choreographers such as Marguerite Luksik, Miye Bishop, Chelsey Bradley, Ashley Christensen, and Danielle Furhman. She also performed at Regional Dance America Nationals in Phoenix, Arizona as a member of Dance Wisconsin. Jessica is excited to begin her professional career in her first season with Virginia National Ballet for the 22-23 season. 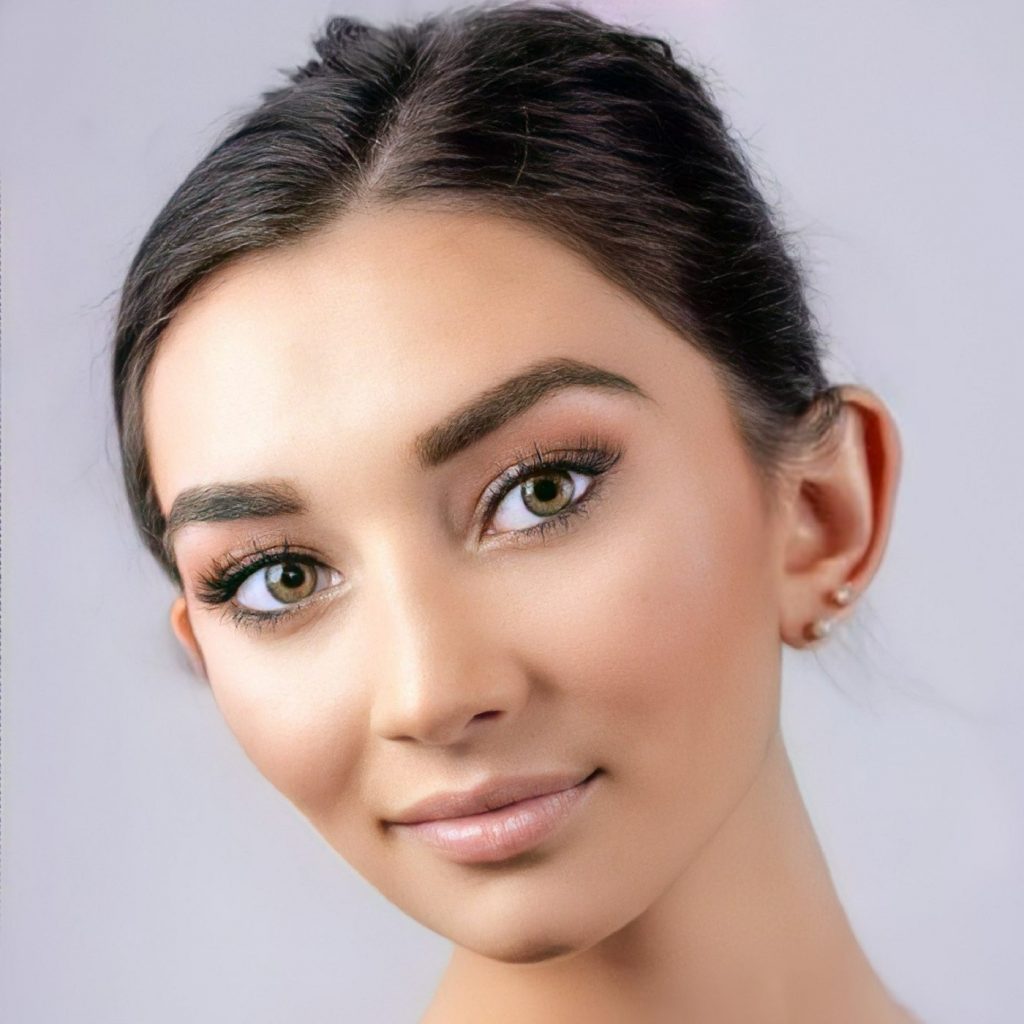 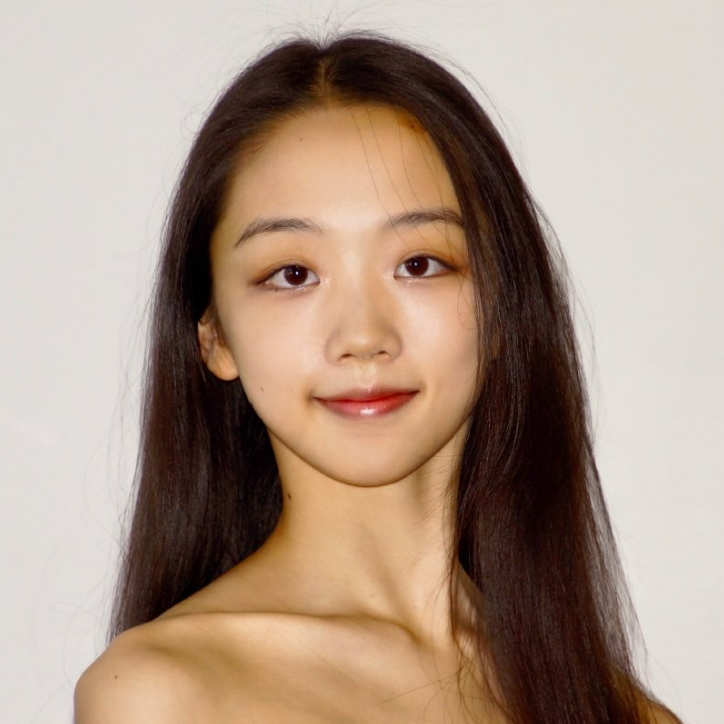 Minghong Xu, originally from China, joined VNB in 2019-20, and is thrilled to be dancing and teaching in her 4th season with the company and school.  She has performed the Arabian solo, Waltz of the Flowers Soloist, and Marzipan Soloist in The Nutcracker, the Summer Fairy in Cinderella, Soloist in Tango Nights, and solo roles in For those we lost, The Beatles, and Snow White.  Before joining Virginia National Ballet, she danced with Columbia Classical Ballet where she performed many solo and corps roles.  She won 3rd place in the 2017 World Ballet Competition Grand Prix in NYC,  3rd place in YAGP Senior Classical in Philadelphia 2017, and was in the top 6, 10, and 12 of the 7th International Ballet and Contemporary Dance Competition in Vienna, Fukuoka International Ballet Competition, and the 2016 YAGP in Beijing, where she also won a scholarship to Washington Ballet School.  She trained at ABT’s NYC Ballet Summer Intensive, the Joffrey Ballet School Trainee Program with full scholarship, and the Washington Ballet Summer with full scholarship.  She graduated from the Liaoning Ballet Academy in China in 2016.