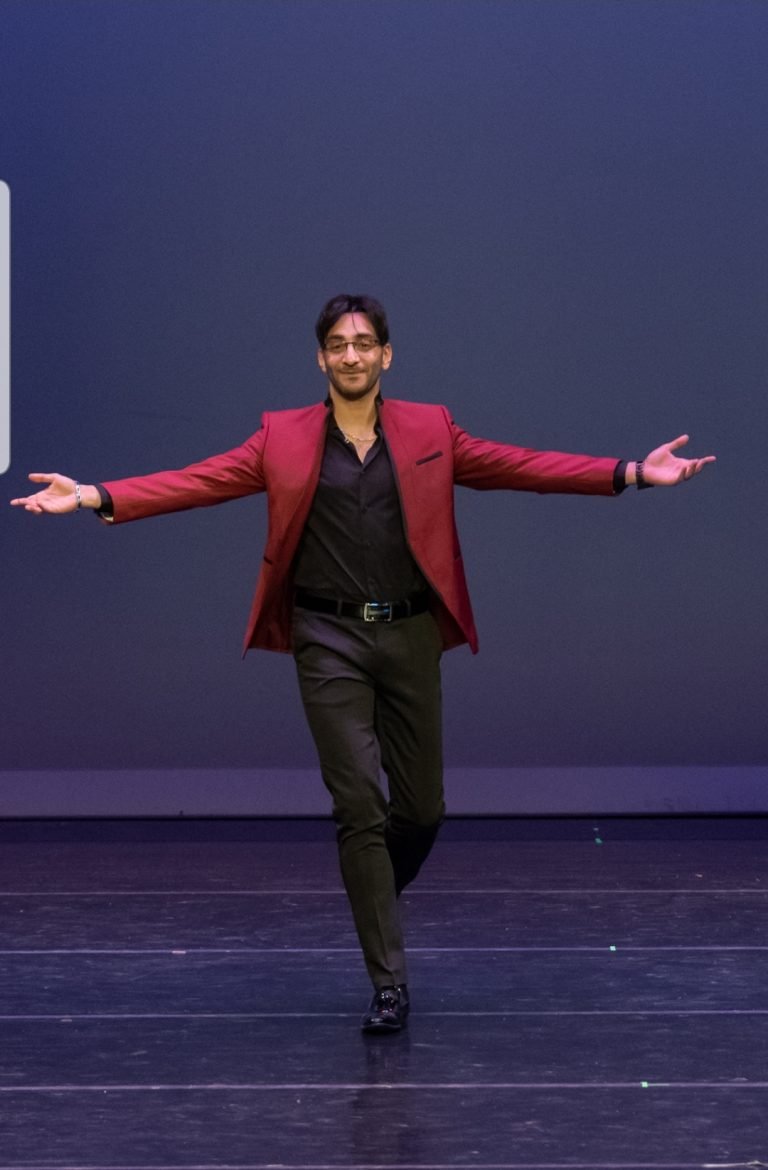 Rafik Hegab is the Artistic Director and Choreographer for Virginia National Ballet, where he has been leading the company since 2013.  He was  awarded the 2019 Seefeldt Award for Outstanding Individual Artist, and is a prolific choreographer who creates at least one original World Premiere each season. Mr. Hegab has created and choreographed Aida, Aladdin, The Beatles, Bohemian Rhapsody, Bolero, Carmina Burana, Carmen, Cinderella, Collection, For those we lost,  La Boheme, Life in the Fast Lane, The Nutcracker, and Snow White, and Tango Nights for Virginia National Ballet.  He also restaged acts of Le Corsaire, Giselle, and Swan Lake.  He was a guest choreographer for the Regional Emmy Award Winning production of  “The Circle of Life:  The Music of Time Rice” at the Music Center at Strathmore by Young Artists of America, which was televised on PBS.  His work has been performed at the International Ballet Festival in Managua, Nicaragua, and he is in demand as a choreographer for students needing original choreography for YAGP, etc.  His work has received great reviews on Broadwayworld.com, DCMetroTheatreArts.com, Inside NOVA, Prince William Times, Bull Run Observer, and more.  His former students have gone on to dance with the Milwaukee Ballet, Ballet San Antonio, Gelsey Kirkland Ballet, and the Stara Opera Zagora Ballet in Bulgaria.  Originally from Egypt, he received his Diploma from the Higher Institute of Ballet in 2000, and his Bachelor Degree in Dance Pedagogy (Vaganova Syllabus) and Choreography from the Academy of Arts in Cairo in 2009. He joined the Cairo Opera Ballet Company in 1999, won 1st place in the Egyptian National Ballet Competition in 2000, became Soloist in 2002, and was promoted to Principal Dancer in 2004. As a Principal Dancer, Mr. Hegab toured with the company in China, Lebanon, the Czech Republic, Jordan, Turkey, Germany, Italy, Austria, Spain, India, Greece, and Russia. He danced the Matador in Don Quixote with Julio Bocca, John in Zorba the Greek, Ali in Le Corsaire, Siegfried in Swan Lake, the principal dancer in Carmina Burana, and the Cavalier in The Nutcracker.  He coached award winning ballet dancers who won first place in the Egyptian National Ballet competition. He is fluent in Arabic, Russian, and English.